The bicycle’s acceleration hub is a great example of a planet-wheel mechanism: Have you ever wondered how you can get so much power and capabilities in such a little hub? For a three-speed hub, a one-stage planetary gear system is used, for a five-speed hub a 2-stage. Each planet gear system has a reduction state, a direct coupling and an acceleration mode.

In mathematical terms, the smallest reduction ratio is 3: 1, the largest is 10: 1. At a ratio of less than 3, the sun gear becomes too big against the planet gears. At a ratio greater than 10 the sun wheel becomes too small and the torque will drop. The ratios are usually absolute i.e. an integer number.

Single speed planetary gearbox, with the same mounting and output interface as a 2.5" CIM motor. Each planet gear has its own bearing to spin freely on the carrier plate pins. A 2.5" CIM Motor may also be used as the motor input, but requires this pinion gear ( am-0556) and a CIM Spacer (am-0555).

9015 motor fits on this gearbox

550 motor  fits on this gearbox

2.5" CIM Motor can be mounted, with a bored-out sun gear and a spacer

(with the input being a 9015 Fisher-Price motor)

Install the aluminum plate to the face of the motor BEFORE pressing the pinion gear onto the motor shaft. 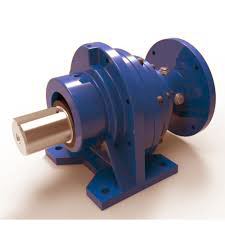 Q: Are you trading company or manufacturer ?
A: Our group consists in 3 factories and 2 abroad sales corporations.

Q: Do you provide samples ? is it free or extra ?
A: Yes, we could offer the sample for free charge but do not pay the cost of freight.

Q: How long is your delivery time ? What is your terms of payment ?
A: Generally it is 40-45 days. The time may vary depending on the product and the level of customization. For standard products, the payment is: 30% T/T in advance ,balance before shipment.

Q: What is the exact MOQ or price for your product ?
A: As an OEM company, we can provide and adapt our products to a wide range of needs.Thus, MOQ and price may greatly vary with size, material and further specifications; For instance, costly products or standard products will usually have a lower MOQ. Please contact us with all relevant details to get the most accurate quotation.